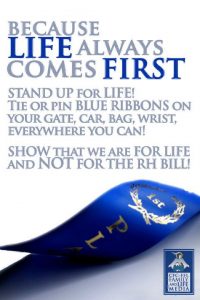 in opposition to House Bill No. 96 (“An Act Providing for a National Policy on Reproductive Health, Responsible Parenthood and Population Development, and for other Purposes”) and other similar House Bills on reproductive health now pending with the House of Representatives (collectively, the “RH Bills”).

The RH Bills are inherently unconstitutional

The underlying premise of the RH Bills is that life begins at implantation. It is this fundamental assumption that breathes life to their cause—the cornerstone upon which they build the legal framework that will mandate the promotion and distribution of “artificial methods of family planning”, particularly all forms of contraceptives. Without this foundational anchor, the RH Bills will collapse under their own weight, deprived of legal moorings.

CFC-FFL humbly submits that the premise upon which the RH Bills have been conceived is wrong. Life begins at conception, not implantation. The medical experts have said so, most recently through the Philippine Medical Association. They have confirmed that life commences upon fertilization of the ovum, which is the point they technically refer to as “the moment of conception”.

The framers of the Constitution had the same notion about the onset of life when they adopted Article II, Section 12 of the 1987 Constitution, which pertinently provides that “[t]he State . . . shall equally protect the life of . . . the unborn from conception.” Thus, during their deliberations to clarify this provision, the authors adopted the medical definition of the term “conception” (i.e., fertilization of the ovum).  Attached are relevant excerpts of the Records of the Constitutional Commission No. 85, dated September 17, 1986 confirming this fact.

Since life begins at conception, then any post-conception act of preventing or stopping the natural development of the fertilized ovum—an essential element of which is its implantation in the uterus–is an attack against that life. If the assault is done deliberately—and succeeds–it may well qualify as statutory murder. In any case, the act falls squarely within the legal meaning of abortion.

Many contraceptives exist for this specific purpose. They prevent the fertilized ovum from implanting itself in the uterus, depriving the ovum of its natural habitation and life support.  Except for the relative degree of helplessness, the effect is no different from where an assailant deprives an infant of oxygen by suffocation.

By indiscriminately promoting all types of contraceptive devices and services, the RH Bills violate Article II, Section 12 of the Constitution.

The referenced provision would force students starting from grade five up to fourth year high school to undergo “mandatory age-appropriate reproductive health and sexuality education”. The Bills define “reproductive health” as the state of complete physical, mental and social well-being . . . in all matters relating to the reproductive system and its functions and processes”, and implies the ability “to enjoy responsible and safe sex . . .” (at Sec. 4).

First, since matters of sex raise issues of morality, the provision contravenes the State’s principle that “the natural and primary right and duty of parents in the rearing of the youth . . . for the development of moral character shall receive the support of the State.” (Constitution, art. II, sec. 12). The RH Bills would snatch from parents their sacred right and duty to teach morality and sexuality to their growing children within the privacy of their home and in accordance with their religious beliefs.  Yet, the RH Bills would declare as a policy that “the State recognizes and guarantees the exercise of the universal basic human right to reproductive health . . . particularly of parents . . .consistent with their religious convictions (and) cultural beliefs . . .”— one among several instances of the RH Bills’ self-contradiction.

Second, because of its intrusive effect, the provision runs counter to the State’s commitment to “protect and strengthen the family as a basic autonomous social institution” (Ibid.) If allowed to pass, the RH Bills would invade the sanctity of family life by imposing behavioural patterns that may undermine family values.

Third, the prescribed sex education wrongly assumes that children as young as 10 years old have the discernment and emotional/psychological maturity to handle properly the delicate topic of sex and its ramifications. Under Republic Act No. 9344, otherwise known as the “Juvenile Justice and Welfare Act of 2006”, a child 15 years of age or under at the time of the commission of the offense is exempt from criminal liability, because the law assumes that the child could not act with discernment. Without the ability to discern, how could students 15 years old and below be expected to process correctly and responsibly such a complicated topic as sex?

Fourth, Section 13 of HB 96—to the extent that it forces families and their children to comply with the requirement on sex education–contradicts the RH Bills’ own guiding principle in Section 3(a), which states that the right to make free and informed decisions–central to the exercise of any right–shall not be impaired. Compulsion is anathema to an individual’s right to make free and informed decision.

By way of general opposition, CFC-FFL respectfully submits that the penalties imposed in the RH Bills represent a discriminatory bias in favour of contraceptives and against natural family planning methods, in wanton disregard of the equal protection clause. Worse, the prohibitions ignore Constitutionally-protected personal and property rights.

One example is Section 22(a)(1) of HB 96 (with equivalent provisions in the other HBs), which penalizes any health care provider who “knowingly withhold information or restrict the dissemination thereof, and/or intentionally provide incorrect information regarding the programs and services on reproductive health, including the right to informed choice and access to a full range of legal, medically-safe and effective family planning methods” (Sec. 22-a).  By forcing the health care provider to speak the line of contraception–and punishing him for expressing his own opinion and beliefs against it–the provision clearly impinges on the individual’s freedom of speech and religion. To the extent that it restrains his desire to speak his mind, the prohibition constitutes prior restraint.

Section 22 (a)(2) is objectionable to the extent that it allows the beneficiary of reproductive health services to proceed with the procedure despite protest from his/her spouse. Such evident bias for population control promotes division and disunity in the family, at the expense of the Constitutional principle recognizing “the Filipino family as the foundation of the nation” and directing the State to “strengthen its solidarity and actively promote its total development.” (See art. XV, sec. 1 of the Constitution).

Section 22(a)(3) of HB 96 is defective because it would force the health care provider to extend health care services to a beneficiary even if it would not be medically safe for the latter.

For stifling dissent and legislating prior restraint, Section 22(f) violates free speech and religious freedom. The provision would penalize any person who maliciously engages in disinformation about the intent or provisions of the law. The threat of imprisonment and/or fine—found in Section 23–would create a chilling effect among those who disagree with the law for any reason, effectively muzzling their opinion. It would also open the floodgates for crackdowns and the filing of harassment suits. By all legal yardsticks, the provision constitutes a direct affront to the Bill of Rights.

This provision would require PhilHealth to “pay for the full cost of family planning for the next three (3) years” if the beneficiary “wishes to space or prevent her next pregnancy”. Why is family planning given special attention?  There are thousands of destitute citizens afflicted with tuberculosis, diabetes, dengue, cancer and other kinds of illness, who need the support of Government. Who will provide the cost of their medicine? Why are they left out? Why are beneficiaries of family planning singled out for a guaranteed financial support from government? CFC-FFL sees no valid classification for this warped sense of prioritization, and opposes it on the ground that it violates the equal protection clause enshrined in the Constitution.

Article II, Section 15 of the Constitution obligates the State to “protect and promote the right to health of the people . . .” The RH Bills would undermine this obligation by classifying hormonal contraceptives, intrauterine devices, injectables and other family planning products (e.g., condoms) as “essential medicines”, in the process diverting scarce funds that would otherwise go to the purchase of truly essential medicines and equipment necessary for the treatment of cancer and other deadly ailments.

Provisions of the RH Bills are self-contradictory

HB 96 and the other RH Bills are mired in fatal inconsistencies and contradictions. To cite some glaring examples:

No Compelling Need for the RH Bills

At this day and age, contraceptives and other kinds of artificial family planning are readily available in the market. Condoms and birth-control pills can be purchased over the counter or through third parties, invariably without need of medical prescription. There are even herbal concoctions sold in the corners of Manila, and unscrupulous practices of “mang-hihilot, that produce the same effect. Truth be told, there is no cogent need for the RH Bills.

If they become law, the RH Bills will do nothing more than force or condition the mind of people to use contraceptives and other forms of reproductive health services—this, at the expense of the fundamental rights of the people. With the liberties of the citizenry trampled, and the national coffers poorer–only the manufacturers and distributors of these artificial family planning devices and services—and others with their own hidden agenda—stand to benefit from the passage of the RH Bills.

For the foregoing reasons, CFC-FFL humbly asks that the RH Bills be recalled, withdrawn, or rejected by the Honorable House of Representatives. 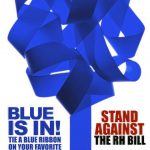